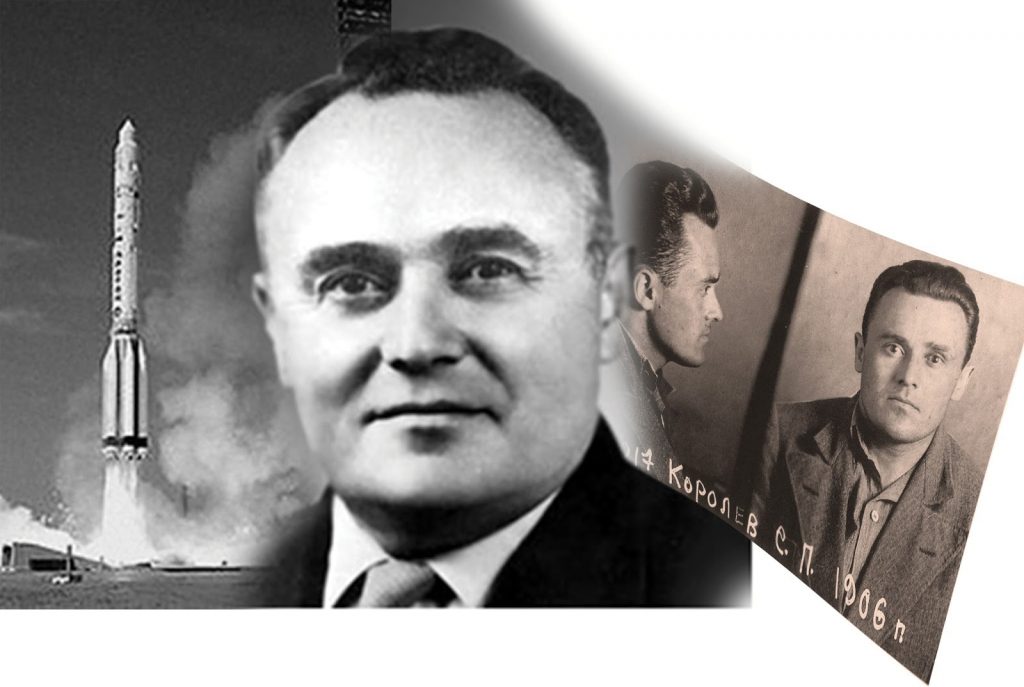 Serhiy Pavlovych Korolev is, for the most part, either a little- or obscurely-known figure in the West. Among the aerospace community, he is of course known as the man who orchestrated Sputnik, Laika, and Gagarin into space (and history). However, other than a few essential details, much is lost to the fog of history. Indeed, even the N-1 Lunar Rocket is little known in the West, or East for that matter; even were known and discussed, it is often ridiculed as a failure. Seriously; walk up to your typical [insert your former Soviet province here] citizen and ask them about the N-1. When they answer, make sure you take lots of notes and take pictures. No really, don’t do this, but it is a comical illustration of my point: few people know, and few people care. But do you know what? I care.

My name is Aaron; I am not important. In fact, disregard my name because it really isn’t important. I won’t delete it from this text because history is what happens while we are trying to make plans, and honesty is the first and most important rule. I wrote it, so there it is.

I am a lover of history, and the story of humankind. For me, it is worthwhile to get an idea where we are, and our place in the tapestry of humanity. As Socrates supposedly said, “The unexamined life is not worth living.” I largely agree, but then we can make the error of simply examining and not doing. Not living. Every once in a while, there come figures in history that achieve the impossible, despite the overwhelming odds or any logical, reasonable expectations. I admittedly have a penchant for life stories such as these; they both amuse and inspire.

Another aspect of historical figures is that we often forget they were human. Due to this, I prefer whenever possible to visit the birthplaces and typically humble origins of such figures. It’s a good thing too, because I probably couldn’t afford to visit the palaces of the wealthy and important, and admittedly, it wouldn’t be in my character. They probably wouldn’t let me in. In fact, I’d be offended if they did let me in. I prefer the miracle of the mundane. It is infinitely more exciting and inspiring. I try to understand the times in which they lived, surround myself with the places they saw, and try to get an idea who they were. And so, dear reader, this is my humble attempt to find Korolev.

Plenty has been written about Serhiy Pavlovych Korolev, so I will focus on my interpretation of his life, as well as what I find applicable to our lives today. Walking into the house Serhiy was born in, and looking at the surrounding older homes on his street in Zhytomyr, it reminds me of Bill Clinton’s birthplace with the commonality that they are so ordinary. My lesson? It matters not where you are from. His family lived in half of a rented house, and while clean and orderly, it was decidedly not fancy, nor indicative of anything to come. That’s right… sometimes life just happens. So… Let. It. Happen.

His education at Kyiv Polytechnic Institute (KPI) was also quite interesting, because he had to work odd jobs to support himself, and lived with family members. At the time, airplanes were just being developed, and being in the Soviet Union meant there was little to no money for learning to build and fly aircraft. So, Korolev built gliders (being trained as a carpenter). On the first flight, it crashed, and he was injured with two broken ribs. On remarking that the craft was destroyed, he was injured, and it was a failure, he said, “The important thing is… it flew.” My interpretation? It reminds me a lot of the “Space Cowboys” out in the Mojave of California, where craft more often than not fail, explode, or never even get off the ground. Don’t worry so much about failure, because when you are doing something that hasn’t been done before, it’s a requirement. Note taken.

His time spent researching and developing rocketry is known, and subsequent arrest and sentencing to execution for “sabotage by deliberately slowing research,” followed by reduction of sentence (after pointing out the absurdity of a man who dedicated his life to development of new technologies to somehow “sabotage” them while working on them!), and then becoming a “Hero of the Soviet Union” while still a prisoner really shows the idiocy of the Russian Soviet system. They did this countless times with people both great and unknown (Korolev, Sikorsky, Glushko, & Kondratyuk to name a few), and that is a lesson we can apply today.

The lesson, as I see it, is that when a system is so absurd and cannibalistic, with no chance of reform, the only real options a person has is to go down as a martyr of sorts, doing the best they can, or vote with their feet. Most of us don’t face this sort of extreme situation, but it can be applied to many situations in our lives. Either accept a toxic situation and environment, or leave it. It is also said that Korolev was a cynical pessimist, and upon first glance of his known saying “We will all vanish, no obituary” it might appear to be the case. However, I do not take this view. While it is true that he and his colleagues were in fact working under this threat at all times, it’s also true in life. Consider the following:

– Steve Jobs said that death was the greatest motivator he could think of, because it means we have no excuse not to follow our passion. “We are already naked… and have nothing to lose.”

– William Shatner at age 90 advised “Take it easy, because nothing really matters in the end.”

– The Book of Ecclesiastes writes “Whatever your hand finds to do, do with all your might, for there is no work, nor planning, nor knowledge, nor wisdom in the grave, where you are going.”

Doesn’t sound very optimistic does it? However, there is a hopeful lining in all of this. Consider that Korolev was working on a rocket that had never been built before, to send a human being into an environment that was barely understood, and what we did know was not very encouraging! To build something on that scale, to do things that had never been done before is not befitting of a cynical pessimist. The very act itself implies that there is hope for humanity, and the individual. When you go to the museum in Zhytomr and see hardware designed, built, and sent into space, it really drives home the point that there was enormous risk, as well as ambition and inspiration in what Korolev and his colleagues were doing. Don’t tell me they were pessimists; they were motivated and inspired to expand humanity into the next dimension, and they did it.  They were the ultimate optimists, and paragons of the word “hopeful.”

While their personal talents and achievements are indeed legendary and admirable, it also brings to light the kind of oppression that authoritarian governments visit upon even their most gifted citizens. The difference in the modern world is that people have instant access to information, communication, and collaboration with friends, family, and colleagues around the globe. In short, we don’t have to put up with this anymore. Wherever governments limit the freedoms of their most capable, we see an obvious stagnation and decline. However imperfect, governments who offer more progressive and open, democratic societies clearly increase and develop new technologies that earn the envy and admiration of the world. Indeed, stories like those of Korolev remind us that freedom truly is precious, and an imperative for any society & country to rise up, take risks, and build an optimistic, realistic future.